Present at the meeting were the Executive Governor of Oyo State, the Deputy Governor of Oyo State, the wives of Oyo, Ogun and Ekiti State Governors, Senator Soji Akanbi of Oyo central senatorial district the Speaker and Honourable members of the House of Assembly, Permanent Secretaries and Directors of Women affairs and community development, Health and Information from Oyo, Osun and Ekiti State Secretariat, Heads of community development committees (CDC) amongst many other dignitaries.

The programme was divided into two sessions during the first session it was noted that FGM, which has been a cultural norm across the country needs to be stamped out in view of its deleterious effects and Oyo State ranked third in the perpetration of this act. The Governor, Senator Abiola Ajimobi challenged the speaker of the house to illegalise female circumcision before the end of May, 2016.

The second session which was a technical session had top medical practitioners in Oyo State including Permanent Secretaries and directors and other relevant policy makers, representatives of NGOs, representative traditional birth attendant and the community development committees brainstorm on ways to put FGM to a halt.

The challenge to stop FGM across the State still continues and more updates will be communicated. 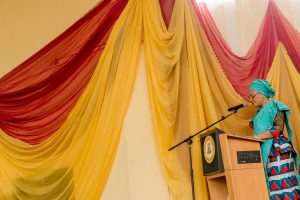 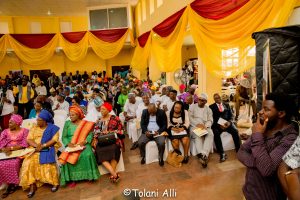 A cross section of various stakeholders at the high level meeting.

Your ticket for the: ABC Foundation collaborates with Oyo State Ministry of Women Affairs, UNFPA and AHI to eradicate FGM in Oyo State.