As said by the American Cancer Society, “Silence will not finish the fight against cancer”. ABC medical Foundation decided not to stay in the confines of Oyo State; the Foundation went a step further by visiting major Stakeholders in Ilorin, Kwara State.

The ABC team visited Leah Foundation on the 8th of June 2016. The team was received warmly by the First Lady of Kwara State, Her Excellency Deaconess Omolewa Ahmed and members of staff of Leah Foundation. The aim of the visit was to confer and reaffirm our commitment to creating cancer awareness and also uncover ways of reducing the scourge of the disease in our great nation, Nigeria. In addition, representatives of both Foundations emphasised the need to partner with other NGOs of like minds to embark upon outreach programs collectively in both states. 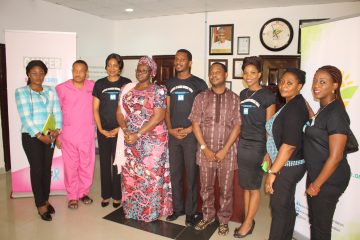 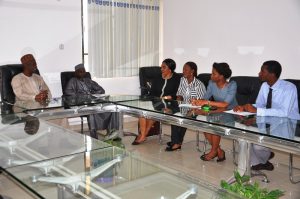 The staff of ABC Foundation listening to the VC of University of Ilorin Professor Ambali.

Your ticket for the: ABC Foundation pays courtesy visits to LEAH Foundation, University of Ilorin and University Teaching Hospital, Ilorin.