The ‘Kick Against Cancer Walk’ was held on Tuesday 27th September 2016. The Walk was part of a series of activities organised to commemorate the 3rd year anniversary of the Foundation.

The aim of the walk was to increase awareness of various cancers in the populace of Ibadan, particularly cervical and breast cancers, which continue to have a devastating, effect on the Nigerian female populace.

Over 500 individuals from a wide range of sectors in society took part; Rotary International and Lions Club represented civil service organisations while other sectors such as religious societies, fellow NGOs, law enforcement agencies, medical practitioners, secondary schools and gentlemen of the press were also ably represented.

The lead walker Mrs Florence Ajimobi, Founder of the ABC medical Foundation was also joined by celebrities from the Nigerian film industry in the forms of Saheed and Fatia Balogun, Ayo Adesanya and Tayo Odueke popularly known as Sikiratu Sindodo.

Cancer awareness took centre stage as the walk proceeded from the ABC clinic in Aleshinloye, Ibadan South West LG and ended at Ibadan Recreation Club. With informational fliers being handed out and announcements being made it was clear the aim to raise awareness was fulfilled.

Various individuals who took part in the walk commended the Foundation and particularly Mrs Florence Ajimobi for the effort being put in place to create a healthier Nigeria for all. 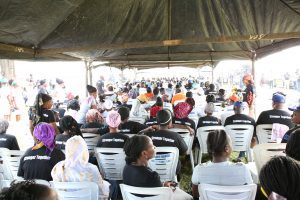 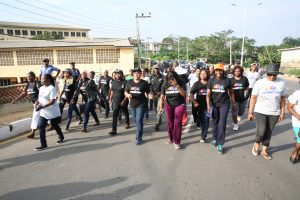 part in the Kick Against Cancer Walk. 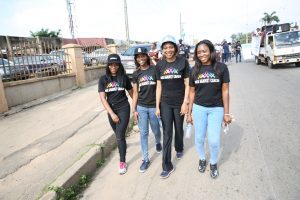 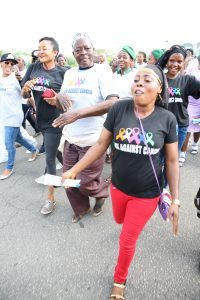 Your ticket for the: ‘Kick Against Cancer’ Walk lights up Ibadan.